Will it soon be Civil Partnerships for all?

Posted on June 28, 2018
A landmark ruling in the Supreme Court says that Parliament should change the law to allow heterosexual couples to enter into a civil partnership – a ceremony previously reserved for same-sex couples. The decision comes after long-term couple Rebecca Steinfield and Charles Keidan argued that they were unlawfully discriminated against as same-sex couples could choose between a civil partnership and a marriage, whilst they could only opt for a marriage.

The couple wanted to be civil partners because they rejected the foundation of marriage as being ‘patriarchal’, believing this did not reflect the equality in their relationship. Let’s be clear –a civil partnership confers the same rights as a marriage. The desire to have a civil partnership over a marriage made no difference to their legal rights, it was just a matter of principle.

The opposition in the case, the government, accepted that preventing heterosexual couples from entering into civil partnerships was unfair and amounted to discrimination on the grounds of sexual orientation. The case in the Supreme Court turned on a much finer issue – whether the discrimination could be justified.

The government argued that, under EU laws, when a ‘manifest inequality’ is identified some time is allowed before making a change in the law, allowing the government to carry out all the necessary consultations. However, the Supreme Court held that while this may apply when inequality is caused by evolving societal attitudes (for example, the gradual acceptance that same-sex marriage should be allowed), this should not be the case when the government artificially creates the situation of inequality (by creating the discrimination through a direct change in the law). 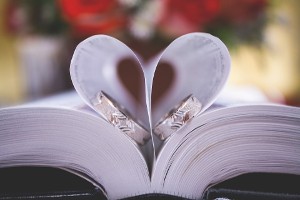 As a result, the Court made a ‘declaration of incompatibility’, meaning that the law preventing straight people from entering into a civil partnership is in breach of human rights, namely the right to family and private life and the right not to be discriminated against. With over 3 million cohabitants in the UK, could we see a surge in Civil Partnerships in the years to come?