Posted on September 1, 2015 by David Harris
In todays society we hear a lot about the “compensation culture”. Many people believe, wrongly, that it is possible to claim compensation whenever an injury occurs and that windfall money might be dished out automatically by the Courts and reputations ruined for no good reason.

This is not the case.

What is an accident?

An accident is simply an incident which no one could have reasonably foreseen and for which no one should be held responsible. No one will win a case against someone who is responsible for an injury if that injury has been caused by a straight forward accident.

The legal concept of negligence is not something new that has developed recently as part of a mythical “compensation culture”. It goes back as far as the 1930’s when it was first developed by the Court in the famous case of Donoghue v Stevenson. Mrs Donoghue went to a café with a friend. The friend bought her a bottle of ginger beer and an ice cream. The ginger beer came in an opaque bottle. Mrs Donoghue poured the contents of the bottle over her ice cream and a decomposed snail emerged from the bottle. Mrs Donoghue suffered personal injury as a result and she commenced a claim against the manufacturer of the ginger beer.

Her claim was successful. The case was heard by the House of Lords and it established the law of negligence and something that we call “the neighbour test”.

A famous speech was made in the case by Lord Atkin who laid down the principal that you “must take care to avoid acts or omissions which you can reasonably foresee would be likely to injure your neighbour”.

This leads to the obvious question: who is my neighbour? Lord Atkins view was that your neighbours are people who are closely and directly affected by what you do or don’t do so that your should bear the impact of your actions on them in mind.

It is often considered that this is a sensible “rule” to guide people’s actions in a civilised society.

It practical terms it means that everyone you are likely to come into contact with as a car driver, an employer, an occupier of land and property that people might visit are included under this principal.

In short what defines negligence is whether you do something which you can reasonably foresee will injure someone else who is likely to be affected by your actions or your lack of action.

It is therefore the case that the basic and important legal principal that governs decisions that have to be made regarding the rights and wrongs of paying out compensation for injury were developed and set down in the early part of the last century.

It is therefore everyone’s responsibility both legally and morally not to injure people needlessly.

I hope this short guide helps to explain the difference between a straightforward accident and a legal breach of duty which might be defined as negligence. This is not an exhaustive interpretation of the current law which can become complex 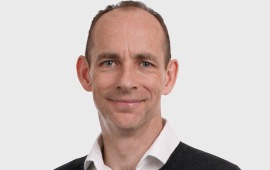 and technical but it is an attempt to correct some common misconceptions about how the law applies when a person has been injured by someone else.

I am a member of the Association of Personal Injury Lawyers and the association and members believe that the best way to avoid claims is to avoid the negligence which can lead to lives being ruined.