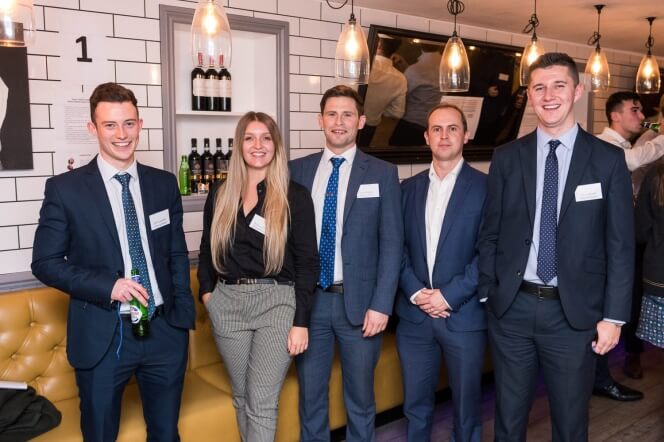 Having won the coveted title the previous year the team were keen to retain the trophy at what turned out to be another enjoyable and informative evening which included a whistle-stop presentation on investing and a delightful buffet as provided by Lloyd’s Kitchen. 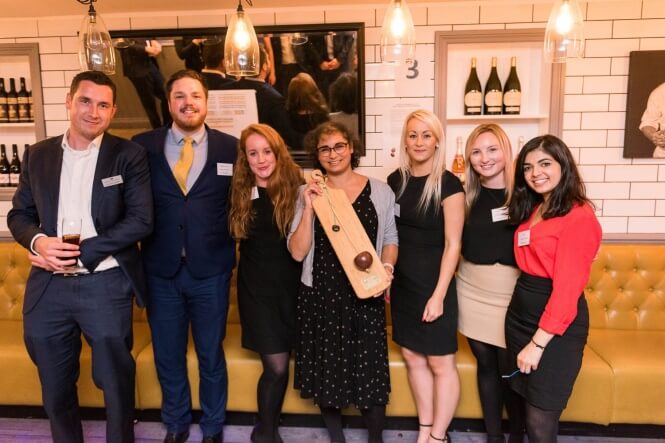 After a convincing start and manging to top their group, the team were ultimately unable to retain their title, falling short in a tense semi-final that went to a ‘sudden death’ type format.

Our congratulations go to the eventual winners of the evening from Trowers & Hamlins Solicitors and our thanks to both Brewin Dolphin for hosting another excellent event and Lloyd’s Kitchen for providing a superb venue.

We look forward to attending the event again next year!

Picture of the winning team from Trowers & Hamlins