Posted on June 9, 2016
A cautionary tale about testamentary capacity

The recent Court of Appeal case of Burns v Burns is a reminder to all solicitors to be careful when taking will instructions from elderly or infirm clients. It is also an example of the difficulties of challenging a will.

Mrs Burns had two sons, Anthony and Colin. In 2003, she made a will leaving her house to Anthony and the remainder of her estate to him and Colin in equal shares. In 2005, she made another will simply dividing the whole estate equally between them. Mrs Burns died five years later aged 89. Anthony challenged the later will on the grounds that at the time of making it his mother had little or no knowledge or approval of it. In other words, that she lacked the necessary mental capacity for it to be a valid will.

Medical evidence put forward by Anthony appeared to show that his mother’s mental state had been deteriorating. Of some considerable concern to the Court was the fact that the solicitor who prepared the will for Mrs Burns had taken his instructions from her in writing and had only met with her briefly when she signed it.  Even at that meeting the solicitor made no effort to properly assess Mrs Burns understanding. 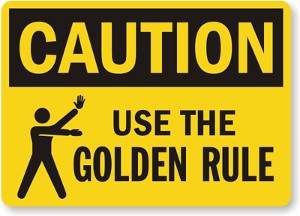 Experienced solicitors will be well aware of the “Golden Rule” established in 1975 by the case of Kenward v Adams which essentially says that if in doubt about the mental capacity of a client, the will should be witnessed or approved by a doctor who is satisfied as to the testator’s capacity and understanding.  It came out in court that the solicitor who prepared Mrs Burns’ will was not aware of this important principle.

As it turned out, the court did declare that Mrs Burns’ later will was valid despite the challenging circumstances.  Anthony may well have felt hugely disappointed and aggrieved at losing what seemed to be a strong case but had the solicitor followed the Golden Rule, Anthony may have re-assessed his chances of success and the matter might not have resulted in a family wrangle and expensive litigation.

If you wish to challenge a will or are thinking of making your will, contact us now for initial free advice and details of our fixed fees. Call Andrea Belshaw, our experienced  Private Client Partner on 0800 138 1499

Posted in: Wills and Probate