4,000 YEARS AGO THE ANCIENT ASSYRIANS KNEW HOW IMPORTANT A PRE-NUPTIAL AGREEMENT COULD BE!

Posted on April 10, 2019
This Tablet is an Ancient Pre-Nuptial Agreement unearthed from the UNESCO World Hertiage site in central in Turkey. The area was a settlement during the Old Assyrian Empire between 2100 BC and 1800 BC. 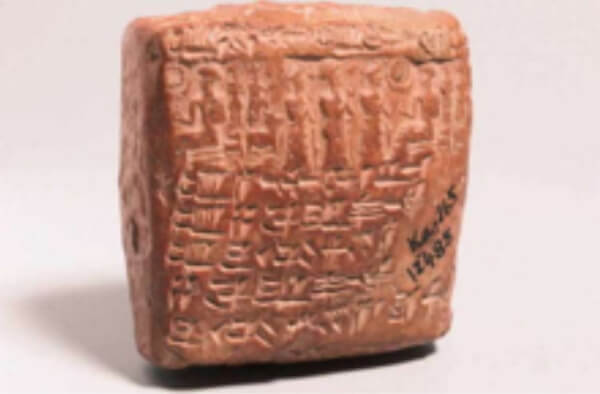 According to the tablet, should the couple not conceive within 2 years of marriage,the wife should allow her husband to hire a hierodule- a female slave acting as a surogate. The hierodule would be free after giving birth to the first male baby.

Divorce was not an option for infertile couples in Assyrian culture, and monogamy was valued, so this clause gave a way to continue in the marriage  and grow families who struggled to conceive.

But that’s not all. If grounds for divorce were met, the tablet laid out the terms of payment for both spouses.

We may have much to learn from Ancient culture. A Pre-Nuptial Agreement was sensible planning for the Old Assyrians and a modern Prenup is  sensible planning now: ”Hope for the Best But Plan for the Worst”. After all, none of us can predict where life will take us in 10 or 20 years’ time. With a Pre-Nuptial Agreement in place, you and your partner can enter into marriage safe in the knowledge that you’ll both know where you stand if you choose to end your marriage in the future. You don’t need to be rich or famous to protect your assets.

At QualitySolicitors Large and Gibson we have decades of experience dealing with separation and divorce and children cases. Asking for a Prenup certainly doesn’t mean that you expect your marriage to fail - and it doesn’t have to detract from the romance and excitement of your Special Day. Please contact us for more information and advice.