The impact of Brexit on family law

Posted on January 23, 2017
It is certain that one of the most important developments in the post war history of the United Kingdom occurred in 2016. After months of argument, in the referendum which was held in June, voters recommended to Parliament that the UK should leave the European Union.

That vote was based on the principle of the membership of the United Kingdom in the European Union: the details of the terms on which the country will leave the EU are far from being resolved.

Already we are receiving enquiries from clients of different nationalities as to the possible ways in which their domestic situations may be affected by the UK decision to leave the EU.

It is at the moment too early to know in detail the way in which the law in this country will be affected by the referendum decision. It is, however, possible to look, at least in general terms and for the immediate future, at the consequences of the referendum result for family law here.

In what follows, for convenience, references are made to the “UK”. It will be remembered that the law is different in Scotland and also in some respects in Northern Ireland, to that which applies in England and Wales.

The intermingling of the law in UK with European law

Family law in the UK has always been adept at dealing with cases with a foreign dimension. It was not as if the arrival in the UK of people from other members of the EU was the first occasion on which the law had to adopt flexibility with such cases. For many years the UK has seen foreign nationals from many countries (and not only those within the EU living in the UK.

The same has been true with the EU. The UK law has always proved capable of adjusting to new situations.

One of the objectives of the EU being the free movement of people within its area,  the effect of that policy and the increase in the number of citizens of other EU countries living in the UK, has meant a large number of cases coming before British courts involving cross-border disputes between citizens of two different EU countries.

These have involved such issues as

. the grounds for divorce

. the courts of which country should have the power to deal with cases where parties . had separated and were living in different countries

. the financial arrangements to be made after divorce,

. the recognition of marriage between same sex couples,

. the resolution of disputes relating to children involving parents living in separate EU

Increasingly, therefore, the courts and lawyers in the UK have had to take into account EU Regulations and Directives which have been adopted in the UK and have seamlessly  become part of the law here. 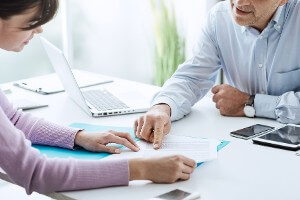 No immediate changes after the Brexit vote

One thing is certain: there will be no immediate changes. The common consensus is it will take at least another 2 years, and quite probably much longer, for the negotiations leading to the exit of the UK from the EU to be completed.

Until that time, the current law in the UK, including that part of our law which involves Regulations passed in the EU remains. In other words, that part of EU law which applies to the UK will continue in force and cases will be decided under the law as it was immediately before the referendum.

The consequence is that anyone involved in a family case now or who may become involved in the next two years or so, will find that nothing will be different.

Accordingly, if a dispute arises between two EU parents concerning, for example, a child, it will still be necessary to decide the “habitual residence” of the child before a decision can be made about where any court proceedings can be heard.

Similarly, in divorce proceedings, the general rule is that the case, including the financial arrangements, will be heard in the country in which at least one of the parties live.

Apart from the question of the country in which a case may be heard, by and large, the law applicable to family cases in the UK did not significantly change as a result of the membership of the EU by the UK.

For example, the grounds on which it is possible to obtain a divorce in the UK were decided by the UK Parliament. The same applied to the UK law relating to child arrangements orders for resolving disputes concerning children. The fact that there was an increasing alignment of the law between many EU countries was a result, not of common law making, but of an agreed EU wide recognition of the most appropriate ways to deal with such cases.

It remains to be seen what Parliament will decide about the way in which EU Regulations, albeit probably formally incorporated into UK statutes, will continue to be applied in the UK. It is quite possible that political expediency by those in favour of the UK withdrawal from the EU will require there to be cosmetic changes to the way in which some previously formulated EU laws are formulated.

It is very unlikely however that the underlying family law will significantly change by virtue of Brexit. For example, whilst some argue that the time has come for a change to the grounds on which it is possible to obtain a divorce, the pressure for that change comes from within the UK and is not related to our withdrawal from the EU.

Already the UK government has announced that it will preserve as part of UK law an EU Regulation which governs the way in which court orders made in other EU countries can be enforced here and vice versa. This decision is very much to the advantage of UK citizens who become involved in disputes with former partners who are now living abroad in another EU country.

The reality is that the UK is in unchartered waters in relation to every part  of our law, including family law.

In these columns, Moore & Tibbits will endeavour to highlight important changes as and when they occur.

For more information or some preliminary, confidential advice, please contact CarlineG@moore-tibbits.co.uk or telephone 01926 491181.