Grounds for divorce in 2017

Posted on February 7, 2017
In what follows, references to “marriage” include “civil partnerships”.

Most people think that it is possible to obtain a divorce by showing that the marriage has irretrievably broken down. That is only partly right.

As the law stands now, when a divorce is sought, the party seeking to end the marriage must show that it has finally broken down. However, there are only five specific ways in which it is possible to prove that fact.

Before a party can seek a divorce, one year must have passed since the date of the marriage.

Once that initial period of one year from the marriage has passed, either party may issue through the Family Court (previously the County Court) an application (formerly  called a “petition”) seeking a divorce.

In that application it is necessary to state the ground(s) upon which the divorce is sought.

Those five grounds are:- 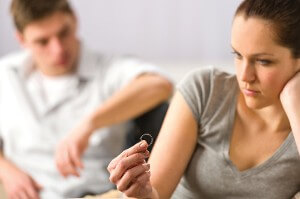 1. The vast majority of divorces are granted without being contested.

2.  Even if the divorce is not contested, the party seeking the divorce must prove that the claimed ground exists.

3.  If the divorce is not contested, the proof will be the statements of the party seeking the divorce in a sworn affidavit. Those statements will be examined by a Judge (invariably without requiring either party to attend court) and if the Judge is satisfied, the formal divorce order will be pronounced in open court at a later date (again, usually without the parties being present, although they can be if they wish it).

5.  If the application for divorce is on the ground of unreasonable behaviour, only two or three factual allegations are required, not a long history of the problems in the marriage.

6.  “Desertion” means that the other party has left against the wishes of the party now seeking the divorce and failed to return for a period of at least two years.

7.  If the ground on which the divorce is sought is that the parties have lived apart for five years, then the other party cannot defend the divorce unless it can be shown that that party would be placed in a seriously disadvantageous financial position by virtue of the divorce and that it is impossible to compensate that party for those financial disadvantages.

Will the grounds for divorce change?

It is entirely understandable that there is often confusion over the grounds upon which a divorce can be granted. Over recent months, there has been much discussion in the press and in Parliament on this subject.

There are many who say that the time is right for the law to be “modernised”. By that, they mean that it should be possible for a divorce to be obtained on only one ground, namely that the marriage has ”irretrievably broken down”. Only time will tell whether or not that change will be made. It is right to say that, at the moment, such a change does not appear to be high on the list of parliamentary priorities.

In the meanwhile, those considering divorce, need to consider what is said above to see what grounds they may have. These grounds currently remain the law.