Do I have to go to court?

Posted on May 23, 2017
One of the most frequently asked questions which our busy family law practitioners receive is whether or not it will be necessary for the case to go to court. It is entirely understandable that this should be a concern to most people.

The very idea of having to go to court, face a former partner and discuss with strangers matters which, perhaps only a few months previously, were at the very core of the relationship, is one that fills most people with dread.

The answer, however, to the question about going to court, is not one to which a simple “yes” or “no” can easily be given. As so often with problems, the reality is that “it depends”.

The involvement of the law

In a liberal democracy, as opposed, for example, to a dictatorship or a communist state, governments recognise that there are many different ways of living. People can choose their way of life as long as that choice comes within the boundaries of accepted norms in that society. Those norms will change and develop with time but, by and large, people are left to live their lives as they wish as long as others are not being positively harmed or the generally accepted structure of society breached.

A few examples illustrate the point.

The formation of a relationship and family life

In each of these situations, the attitude of society has moved on to reflect the changes in which a significant number of people choose to live their lives.

It should also be noted, however, that in two of those situations, there are certain legal formalities which have to be observed. 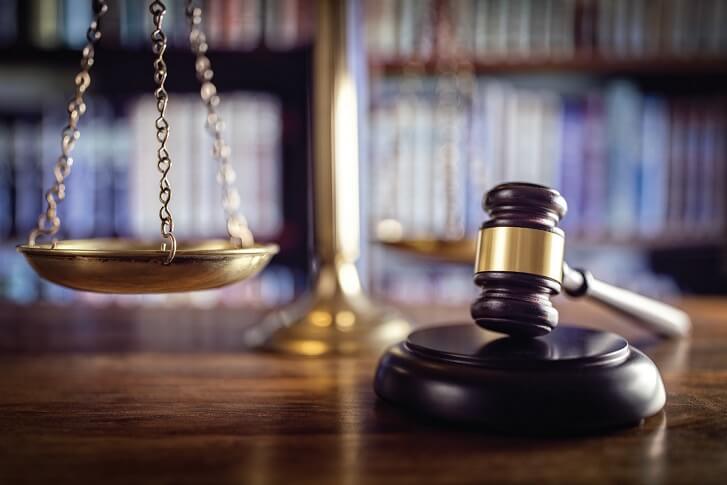 The breakdown of a relationship - the same question - do I have to go to court?

What about alternative dispute resolution to avoid court?

Nowadays, there is a great emphasis on couples being helped to find ways to settle issues which arise from a separation, without the need for a full-blown court case.

The most common ways are:-

Some parties think that because their relationship has broken down, it is not  permitted or possible for them to try resolve problems by discussion. Not only is it possible, it is actively encouraged. However, such an approach will work only in some cases and in others, alternative methods will have to be sought.

Solicitors, particularly those who work under the auspices of organisations such as “Resolution” or “Collaborative law”, will invariably search for ways in which their client’s case can be resolved on fair terms without having to go to court.

Some relationship situations are particularly suited to resolution between the parties with the help of a trained and skilled mediator. The mediator does not give legal advice: rather, the couple are encouraged to identify ways in which, by discussion and negotiation, they may be able, between themselves, to find solutions.

This is a form of court resolution which takes place in private, not before a “judge” but a legally qualified person (often a retired judge or a legal practitioner skilled in this area of the law). The parties have to pay for the services of the arbitrator but the process is normally quicker than in formal court proceedings. In financial cases, once the arbitrator has made a decision, it has to be converted into a formal court order, which, in most cases, can be done simply by sending the papers to the court with all the background information and inviting the court to confirm the decision as a court order.

This method is becoming increasingly popular, particularly where the parties want to achieve a settlement but find that they are unable to agree what the outcome would be if the case went to court. In such cases, they employ the services of a consultant (again, usually a retired judge or a legal practitioner) who, having examined all the facts of the case and discussed them with the parties, gives, in private, a view of how it is thought that the case might be decided if it went to court. In this way, the parties have the advantage or an early and much quicker indication from an independent expert of how the case is likely to be resolved, thus, hopefully, saving them the stress, anxiety, delay and expense of a court hearing.

The above discussion has only dealt with some of the situations in which it might be possible to avoid going to court. Our expert practitioners will be able to give more specific advice based on the circumstances of a particular case.

If you need further guidance or information as to the options available, please contact Carline Gayle-Buckle for free initial advice on 01926 491181 or email carlineg@moore-tibbits.co.uk