Living Together Outside Marriage

Posted on August 1, 2017
It is estimated that there are some 3.3 million couples, that is 6.6 million people, who are now living together in a relationship outside marriage. It has almost become the normal choice of couples starting their lives together, even if it is only for a period before marriage and it is certainly the fastest growing type of family in the country.

Despite the popularity of this family arrangement, research shows that there is a much greater chance of a relationship outside marriage breaking down. Over half those in such a relationship believe in the concept of a “common-law marriage” and that belief is even higher among younger people, those most likely to cohabit in this way. Such a belief, unfortunately, includes a misunderstanding of the rights of the partners in such a family in the event of its breakdown.

The myth of “common-law marriage”

Those who continue to believe that there is such a concept under our law as a “common-law marriage” imagine that they will be protected in the same way as are the parties to a marriage which fails. Such a belief is entirely erroneous and can and does lead to serious consequences when it comes to resolving the many financial and other issues that arise when a relationship ends.

A bill to change the current law and to give cohabiting couples more legal rights when a relationship breaks down was reintroduced to Parliament after the 2017 general election. However, with so much Parliamentary time now being spent on deliberations concerning the departure of the country from the European Union, it is very unlikely that the bill will become law, at least in this Parliament. 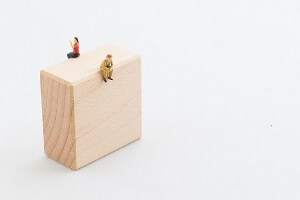 Living together provides no guarantee of rights

The current law is very clear. Even partners who have lived together for many years, perhaps 10, 20 or even 30, do not acquire the automatic right to share in property and assets acquired during the relationship unless they are joint legal owners or the parties have specifically agreed that there should be that sharing. This contrasts sharply with the position of spouses who, on the breakdown of a marriage, are entitled by law to share in finances built up during the marriage.

It is telling that, in a recent survey, one-third of those living together outside marriage, said that they could trust their partner not to resist their getting back their financial contribution in the event of a breakdown of their relationship.

Coming to an agreement or going to court

The reality, which family lawyers see all the time, is that there can be no guarantee that feelings of mutual respect and obligation by each partner towards the other will continue when recriminations and feelings of rejection and hurt emerge, as they so often do as part of the raw consequences of a relationship break up.

Quite apart from other considerations, there can be stark differences of recollection as to what was agreed about ownership. One of the parties may say:-

“I know the house is legally in your name but you agreed that if I paid half the mortgage you would ensure I received half the value of the property”.

“I agreed no such thing. This was my house before we got together and although you paid part of the mortgage, that was to cover the costs of you living here”.

In cases like that, if there is nothing in writing and if it really does prove impossible for an agreement to be reached, then the party who is not a legal owner of the property, who is looking to receive part of the proceeds of sale, has the unenviable choice of either abandoning the claim or taking the case to court. As with any  litigation, there is inevitably a degree of uncertainty about the outcome, which is decided by a judge who can only rely on the available evidence given in court. Sometimes that evidence is not at all clear and is usually the word of one against the other.

A living together agreement or declaration of trust

Many of the problems that arise in this situation can be avoided if the parties make a formal agreement about how property acquired during their relationship is to be dealt with in the event that the relationship breaks down.

Depending upon what is, or is likely to be, involved, this does not necessarily have to be a very complicated document. A solicitor can prepare a declaration of trust or a living together agreement at a relatively modest cost. Provided that both parties have been straightforward at the time the agreement is made, it will be upheld in any future disagreement and will give the parties a clear understanding of their positions. This in turn will give peace of mind and clarity and avoid disagreement at that very difficult time when a relationship ends.

With older couples, the future of pensions and life insurance are other issues that can cause problems and the potential for real financial hardship if not addressed at an early stage. In short, in the absence of the appropriate paperwork, the non pension or life insurance owning party is unlikely to have any rights in the pension or life policy of the other party, either on the breakdown of the relationship or even on the death of the pension owner.

It may not sound very romantic to talk about such matters at the time when the parties are starting out on what they hope will be a lifetime together. However, it is not very romantic either, or even very easy, for one of the parties to find that, if things go wrong, despite their joint contributions, financial and otherwise, they are in a very difficult, sometimes even desperate, position, and feel let down by their former partner.