Deprivation of liberty safeguards - What next?

Posted on September 11, 2018
Whether you’re a family member, care provider, social worker or someone who is subject to a deprivation of liberty, the experience you have under the Deprivation of Liberty Safeguards (“DoLS”), is unlikely to have been a positive one

Introduced in 2009 the scheme was intended to protect the rights of individuals who lacked mental capacity to consent to their stay in hospital or a care home and were therefore ‘deprived of their liberty’. Since its introduction, DoLS has received significant criticism being described as unwieldly, overly complex and ultimately not fit for purpose.

In June this year the Joint Committee on Human Rights (“JCHR”) published its report considering both the current system and the reforms proposed by the Law Commission, the Liberty Protection Safeguards (“LPS”).

Its criticism of the existing scheme was scathing, with the Committee concluding (to no one’s surprise) that the system is broken, leaving thousands of people unlawfully detained, and that the reforms proposed by the Law Commission should be implemented as a matter of urgency. From a care providers perspective, the Committee noted that those responsible for the care and treatment of a mentally incapacitated individual, are in effect having to work out how best to break the law.

Given the ongoing grappling with Brexit, no one anticipated that the Law Commission proposals would be given much thought by the Government. Imagine then the surprise of many commentators including ourselves, when in early July the Government published its new draft Bill, the Mental Capacity Act (Amendment Bill). 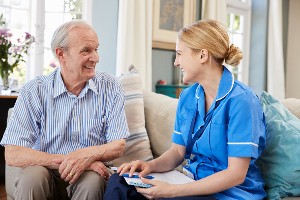 In announcing the Bill, the Department of Health and Social Care stated that “the new law seeks to protect the rights of people who do not have the mental capacity to make decisions about their care and to reduce the burden on local authorities”.

We have detailed some of the key points below, but must echo the disappointment of many, and say that the Bill, in its current form is not fit for purpose. The Bill (at present) reads as rushed and many of the recommendations from the Law Commission are not included: the result is that whilst the individual is supposed to be at the centre of the process, they seem more of an administrative inconvenience.

The proposed new schedule “AA1” contains the nuts and bolts of the new administrative scheme. It contains the ‘authorisation conditions’ whereby a person who lacks capacity to consent to care arrangements which amount to a deprivation, can be lawfully deprived of their liberty if: 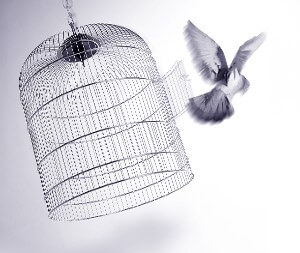 Like many others, we would question the appropriateness of the term ‘unsound mind’. Whilst this is the language in Article 5 European Convention on Human Rights, things have moved on. Also, where are best interests in ‘necessary and proportionate’?

There will be much more information about the Bill at our seminars, as there is so much more to discuss, and we remain hopeful that some changes will still be forthcoming as the Bill goes to committee stage in the House of Lords on 5 September. We will be keeping a close eye on its progress: find out more by reading the updates on our website under news, follow us on facebook or twitter or attending one of the free seminars.