Posted on July 23, 2019
A ‘Costs Working Group’ has been set up by the Family Procedure Rules Committee, tasked with reviewing the costs rules in matrimonial financial remedy cases i.e. cases where divorcing couples have been unable to agree a financial settlement and so have had to involve the courts.

The basic rule as things currently stand is that costs orders are not made in such financial remedy cases unless there has been obvious poor conduct from one of the parties. In practice, therefore, costs orders are very rarely made, and parties are generally left to cover their own costs. Furthermore, there are unlikely to be costs consequences for parties who have rejected sensible offers and/or made unrealistic offers themselves.

This is in stark contrast to the position in other civil proceedings where almost invariably the losing party will be ordered to cover some or all of the victor’s costs, and will likely end up paying more if they rejected an offer that would have been better for them than the court-imposed settlement.

One of the main justifications for the different approach in matrimonial financial remedy cases has been that the court has a wider range of powers to settle matters so that things tend to be far less clear-cut in respect of who has ‘won’ and who has ‘lost’.

The Costs Working Group, however, will now look at whether the rules should be reformed so as to allow for offers made on a ‘without prejudice’ basis to be taken into account when the court is assessing whether a costs order should be made against a party on conduct grounds.

The consultation closes on 31st October. 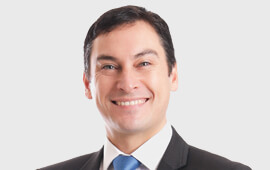