​Although the [Children Families] Act makes local authorities an important part of the solution to the needs of families with vulnerable children, it requires them to be mindful of the inevitable risk that they become, or are seen to become, part of the problem. Local authorities have huge powers over the lives of families with children who have special needs, making decisions with potentially lifelong consequences. Where parents are unhappy with those decisions, there is a fundamental and frightening inequality of power. That is why there is not only a legal right of appeal, and a legal right to independent mediation, but also a legal right to have someone there for moral support in whatever way a parent wishes – emotional strength, help with understanding what is going on, or help with articulating what they want to get across. Parenting a child with special needs is demanding enough; disputing with a local authority is daunting for the most confident and best-equipped parent; the right to have a supporter is just that. It does not matter who they are, lawyer or not. It is none of the local authority's business.

If you have concerns about your child's education and need further guidance, our Education Law Team offer FREE initial advice - just call 01926 354704 or email: education@moore-tibbits.co.uk. 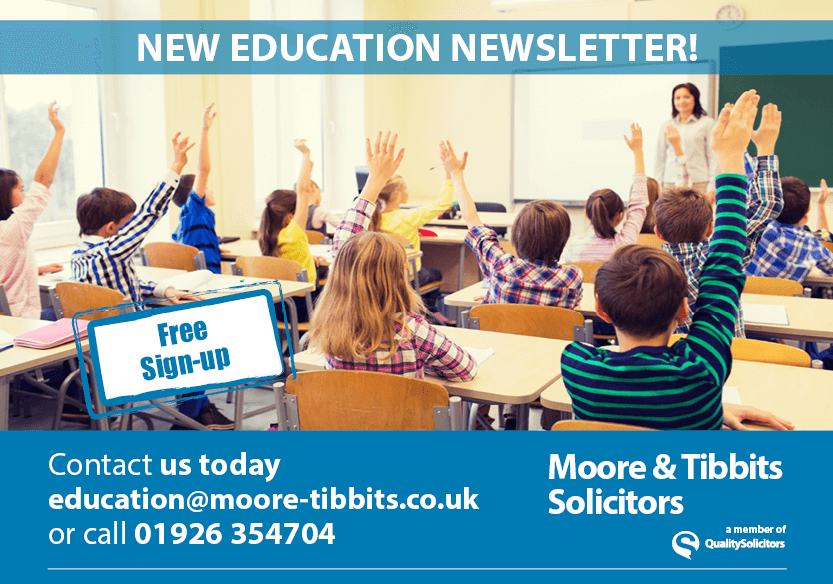