How likely are you to get NHS continuing healthcare funding…?

Posted on October 25, 2019
I frequently receive enquiries and indeed take on cases relating not only to appeals of non-eligible decisions,
but also requesting that I attend and participate in the CHC process.

More often than not the client has concerns that they have been told their loved one may no longer meet the criteria at the next assessment or that they are aware that a number of other residents in the same care home as their loved one have had their funding pulled after receiving funding for many years.

Therefore an increasing perception and indeed reduced trust in the actual process is becoming more apparent in my dealings with the public. It was with the above in mind that I decided to take a look at the national data produced by NHS England for NHS Continuing healthcare. The figures show how many people over the age of 18 are found eligible via the standard assessment route as well as the fast track assessment, including those eligible for the funded Nursing care contribution.

The focus of my interest is to look at the figures for the Midlands and then take a comparative look at the individual Clinical Commissioning Groups (CCG) to see whether or not there is a significant disparity in the numbers of people being found eligible.

The figures are based on GP practice populations which provide a consistent method and which are unlikely to significantly change. As such variable demographics such as age across the population arenot taken into account; however, they are an important factor when considering the results.

Considering the perception of some of my clients I reviewed the cumulative data collection released by NHS England on the 19th August 2019. The intention being to exclude those found eligible via the fast track process and to only consider those found eligible using only the standard assessment. The data shows that nationally from January 2017 – March 2019 there has been a significant decline in the number of people found eligible for NHS continuing healthcare funding. On closer examination of the figures, the number of people found not eligible using the standard assessment increased consistently per quarter (3 months) between January 2017 and June 2018, peaking at 12,311 for the period April - June 2018, only for the number of people found not eligible to fall marginally between October 2018 and June 2019. By comparison the data regarding those actually found eligible, showed a consistent downward trend.

Across the Midlands as a whole for the period April – June 2019 thenumber of people found eligible for Continuing healthcare funding is 7,592.

Individual CCG data does show that if you live in Birmingham/Solihull you are more likely to be found eligible, with Staffordshire coming in at a close second, but less so in Shropshire, Telford and Wrekin.

The number of people found eligible for NHS continuing healthcare funding within our 3 local CCG’s shows that throughout the period April 2018 – June 2019 Warwickshire North CCG figures have remained consistently below those of South Warwickshire and Coventry/Rugby CCGs.

The number found eligible by South Warwickshire CCG for the same period shows a steady increase, with a marginal fall for the period April – June 2019, compared to Coventry & Rugby CCG whose figures throughout the period show a consistent increase in those being found eligible for NHS funding.

Therefore our client’s perception of those who get funding, and those that do not would appear to hold some weight. The numbers do not lie, but confirm that nationally there is a downward trajectory in awarding NHS continuing healthcare. Correspondingly the number of people being found eligible across the Midlands is also following this trajectory.

Should you or your clients require assistance with with NHS Continuing Healthcare Funding, including appeals of not eligiable decisions please contact our Clinical Advisor Judy Timson 01926 354704 or email: JudyT@moore-tibbits.co.uk 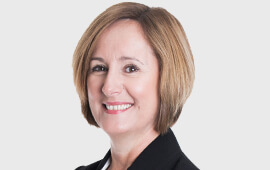