Posted on December 12, 2019
This year marks a centenary of Women in Law. Gwyneth Bebb, a pioneer for women in law, campaigner, and academic fought for Oxford University to formally recognise her examination results, equal to a first-class honours degree, as a degree. The Law Society prevented Bebb and others from taking their exams and were told by a Court that they were not a ‘person’ within the meaning of a solicitor.

In December 1919 the Sex Disqualification (Removal) Act was passed formally accepting women into the legal profession, allowing them to qualify and obtain degrees.

Without this Act there would be no Lady Hale, the UK could (possibly) still have a suspended parliament and women would not be involved in changing the future alongside men.

So thank you Gwyenth and all the other women who paved the way for the rest of us, rebalancing the gender scales and allowing everyone to choose what career they want. 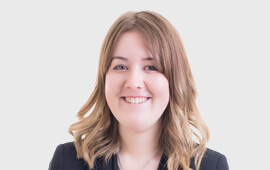