Posted on January 28, 2021
When a loved one dies leaving a Will, sometimes disagreement can arise because of the terms of the Will, whether it was valid or even maybe whether there is a Will at all. Many people think that it is enough to write their wishes and intentions on a piece of paper and this can be used as their Will, but this can lead to huge problems for family members and could mean that your intended wishes are not carried out as you wanted them to be.

A recent case in the High Court involved a daughter, Terri Tibbles who had expected to inherit her father, William Tibbles’ estate.  Mr Tibbles died, aged 75 in February 2018 leaving behind five children.  A Will made in March 2017 left his entire estate to his daughter Terri.  Together with the Will was a Letter of Wishes which stated his close relationship with Terri and despite her having an identical twin sister and three other siblings, the Letter of Wishes stated that her sisters were thought to have been a disappointment to their father, and his son was financially secure in his own right which explained the reasoning behind why he had made no provision for them.

Just three days after her father’s death, his son produced a second ‘home made’ Will which had been made in February 2018, only five days before he passed away.  This Will appointed his son as Executor and disinherited Terri entirely, leaving his estate to be divided between his son and three daughters.

Terri argued that this ‘DIY Will’ which was written on a “sheet of paper…torn from a notebook” could have been signed by anybody and it was very uncharacteristic of her father who had a long history of previous dealings with solicitors.   The matter was eventually heard by the High Court of Justice.

Judge Matthew Marsh found that there was no evidence produced during the case as to why Mr Tibbles had drastically changed his mind or in fact whether the 2018 Will had actually been approved or signed by him.  The court examined whether Mr Tibbles had dictated the Will and it had been written by a third party but again there was no evidence as to who was present, what his state of mind was and no evidence about him signing it.  Judge Matthew Marsh concluded that the Will was invalid meaning that the terms of the Will dated 2017 would stand and Terri inherited the entire estate.

There are many reasons why a Will could be invalid which include:

This case highlights the importance of having a valid Will in place.  At Moore & Tibbits, we have solicitors who are members of the Society of Trust and Estate Practitioners which is the top qualification for a Wills, Trusts and Probate Solicitor.  It provides clients with the reassurance that their solicitor has the highest level of knowledge and experience.

Contesting a Will can be hugely complex, especially with emotions running high and the grief of losing a loved one.  Christina Richards has a wealth of experience in Will disputes and understands the daunting and stressful situations a dispute can cause with family members.  If you have concerns about a Will and whether it is valid, please call Christina on 01926 491181 or email:  ChristinaR@moore-tibbits.co.uk or if you would like to make or update a Will, please call Ann Donnelly on 01926 354704 or email:  AnnD@moore-tibbits.co.uk 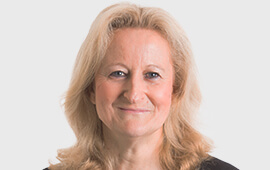