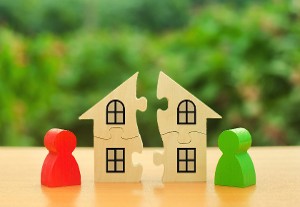 What are financial orders?

Financial orders are orders of a property or financial nature that can be made by a court on divorce, dissolution of civil partnership, judicial separation or nullity. They include orders to make periodical payments (maintenance), pay a lump sum of money, transfer property (for example, the family home), share a pension or vary an existing financial order.

The starting point is to speak to a solicitor and get some advice , sometimes it is possible for a Solicitor to help the parties along the way to reaching an agreement without he need for Court Proceedings or you may be in the lucky position of having agreed a settlement in which case all that needs to be doen is to put it into a consent order and get it approved by a Judge in order to protect yourself for the future .

If that does not work you will need to go to Court but there is an alternative which you must explore before that point namely : Mediation

Applicants must attend a Mediation Information and Assessment Meeting (MIAM) before starting proceedings for financial orders to see if the parties' claims can be resolved through alternative dispute resolution, rather than litigation.

Preparing for the First Appointment

Form C contains details of the date and time of the First Appointment (set 12 to 16 weeks from Form A being filed) and the dates for the parties to file at court and exchange with one another the documents set out below.

No later than 35 days before the First Appointment, the parties must file and exchange a detailed statement of information (with supporting documents) about their financial circumstances. The disclosure is provided in a court document called a Form E, except if the application is to vary an existing financial order, in which case a Form E2 is used.

The following documents must be filed and exchanged, no later than 14 days before the First Appointment, namely:

What happens at the First Appointment?

Unless the court orders otherwise, the First Appointment must be attended by both parties. The aim of the First Appointment is to define the issues in dispute and save costs. The hearing is usually conducted by a district judge. Directions are given about how the case should proceed. The judge determines issues such as:

If a party has not produced a properly completed Form E, the First Appointment may have to be adjourned and the party in default may be ordered to pay the costs that are wasted by the adjournment.

The judge will consider whether any other information is required before the case proceeds to the FDR. The FDR is usually fixed six to eight weeks after the First Appointment.

Preparing for the Financial Dispute Resolution hearing
No later than seven days before the FDR, the applicant must file at court details of all settlement offers and responses, including those that are made without prejudice. Without prejudice proposals are those made in a genuine attempt to settle a case that may not be put before the court as evidence of admissions against the interests of the party who made them. At an FDR, to try and help the parties reach agreement, the court does, in fact, consider without prejudice proposals, but after the hearing these documents are returned to the applicant and not retained on the court file.

What happens at the Financial Dispute Resolution hearing?
The purpose of the FDR is to help the parties settle the case and avoid the costs of a final hearing. The FDR is held for discussion and negotiation and both parties must attend personally unless the court orders otherwise. It is also an opportunity for the court to give guidance to the parties about the likely outcome if the case were to proceed to a final hearing.

The judge or district judge hearing the FDR has no further involvement in the case.

The judge will give a clear indication about what is likely to happen on major issues such as:

At the end of the FDR, if the parties have agreed a financial settlement, the court may make a consent order setting out their agreement.
What can parties expect if the case goes to a final hearing

If no agreement is reached at the FDR, the court gives directions to prepare the case for final hearing. This includes fixing a final hearing date and a timetable for filing evidence. Within 21 days of the FDR, the parties are also required to file and serve on one another their open (not without prejudice) settlement proposals. The directions may also require the parties to:

File at court, and exchange with each other, written statements outlining factors under section 25 of the Matrimonial Causes Act 1973 that are relevant to achieving a fair financial outcome (such as the parties' income, earning capacity and financial needs). The court considers these factors when deciding the case at the final hearing.

Provide updates of the financial disclosure previously made in Form E or otherwise, including up-to-date valuations of assets, such as the former matrimonial home and pensions funds.

In a more complex case, a pre-trial review (PTR) may be ordered. The purpose of a PTR is to establish whether everything that should have been done to prepare for the final hearing has been done, and to make any further directions required.
At least 14 days before the final hearing, the applicant must again file at court, and serve on the respondent, their open proposals, setting out the financial orders the court should make. At least seven days before the final hearing, the respondent must file and serve their response.

The parties must also file and serve on one another a full costs estimate, identifying the costs incurred to date and all their outstanding costs to the end of the final hearing.

At the final hearing, the parties may give evidence on oath and may be cross-examined. Generally, the parties' cases are presented by barristers who make representations on their behalf. The time allocated for the final hearing varies depending on the complexity of the case. Generally, a final hearing can be expected to last for two days where there are relatively limited assets. Final hearings usually take place in private, although it is possible for the media to attend, subject to restrictions on what they can report.

Who pays the costs?
The general rule is that each party is responsible for their own costs in proceedings for financial orders. However, if there is litigation misconduct (such as failing to file Form E or make open proposals), the court may order one party to pay towards the costs of the other.