Posted on October 17, 2019
The recent research published by Ofsted around Home Education was a depressing read but is unlikely to surprise the thousands of parents who currently home educate their children.

In 2018 58,000 children were home educated; a 27% increase on the year before. The research highlights that a significant proportion of those children had special educational needs, were from disadvantaged backgrounds or were known to Social Services. Problems with a child’s behaviour or concerns surrounding their child’s well-being was a common theme - again something that has been highlighted previously with Ofsted themselves stating in early 2019 that the developing trend to home educate children was to be seen as a national scandal.

What is clear from the research, is that parents are likely to “choose” to home educate their child in an act of sheer desperation. Only a very small minority of parents genuinely see home education as a preferred choice. Instead, parents feel they have no alternative but to remove their child as the school simply cannot meet their child’s needs. Whilst the report highlights concerns regarding the speed and lack of safeguards in place when a parent decides to remove their child from school, the reality is, many parents feel they have no real choice. Indeed, alarmingly (but again of no surprise) the report refers to parents feeling coerced by the school to remove their child. By the time the decision is made, the relationship between parent and school has irretrievably broken down. Parents often think that there are simply no alternatives to removing their child from school.

Many parents advise that one of the influencing factors in their decision to home educate, stems from school policies relating to behaviour and attendance. Faced with possible fines or prosecution, parents believe it is simply easier to remove their child rather than try to tackle the problems.

“Off-rolling” - the practice of removing a pupil from the school roll without using a permeant exclusion, when the removal is primarily in the best interest of the school, rather than in the best interests of the pupil - is addressed within the Ofsted report and clearly continues to be a tactic used by some schools. In a recent YouGov survey, one third of teachers believed pupils had been off-rolled and moved into home education and acknowledged that “letting children go” was seen as an easier option than addressing the problems. Alarmingly, a minority of parents who participated in the research felt that the lack of support was engineered in order to encourage the parent to remove the child.

Left with the feeling they have no choice, parents often make the life changing decision to home educate their child, when they feel they have nowhere else to turn. Home education is a huge undertaking and yet the decision is often made in desperation, with parents receiving no guidance as to the long-term implications. Within the report, parents highlighted that having simply written a letter removing their child, they then had no idea as to the financial implications of the decision. Despite being in desperate need for support, neither schools nor local authorities have any obligation to provide support. Parents did not know how to enrol their child for exams, some believed the local authority would fund private tutors and others acknowledged that despite having taken their child out of school they were not equipped appropriately to educate their child.

It is clearly imperative that parents are provided with guidance and information so that they can make an informed choice. Ofsted also expresses concern that children are often not involved in the decision-making process. With the school and parents at logger heads, it is worrying that there is no obligation for the school or the local authority to consult with the child before they are removed from school.

It is clear that the current system is not working. Julie Mccullock of the Association of Schools and Colleges refers to the cuts in school budgets and external support services, such as early intervention programmes, which are clearly having an impact. Schools are evidently finding it difficult to provide an appropriate level of support which leads to frustration and friction between schools and parents. However, what the report does not address is how many of the children have been assessed and have an EHC Plan and if not, why not!

Guidance, or better still, changes to current legislation cannot come soon enough. “Cooling Off” periods, appointment of advocates and mediation are surely some areas that need to be considered together with a nationwide protocol to ensure families are given help and support before making such a drastic decision. Schools should be given the training and thereafter the confidence to challenge the decision if they do not believe it is in the child’s best interests.

Let’s hope some of the Governments £700 million funding boost for the SEND review, come 2020/21, will be ring fenced to address this issue and help stem the current crisis.

If you have concerns about your child's education we provide an initial telephone consultation free of charge and can be contacted by telephone on 01926 354704 or by email on education@moore-tibbits.co.uk. 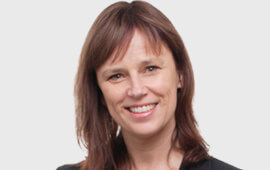