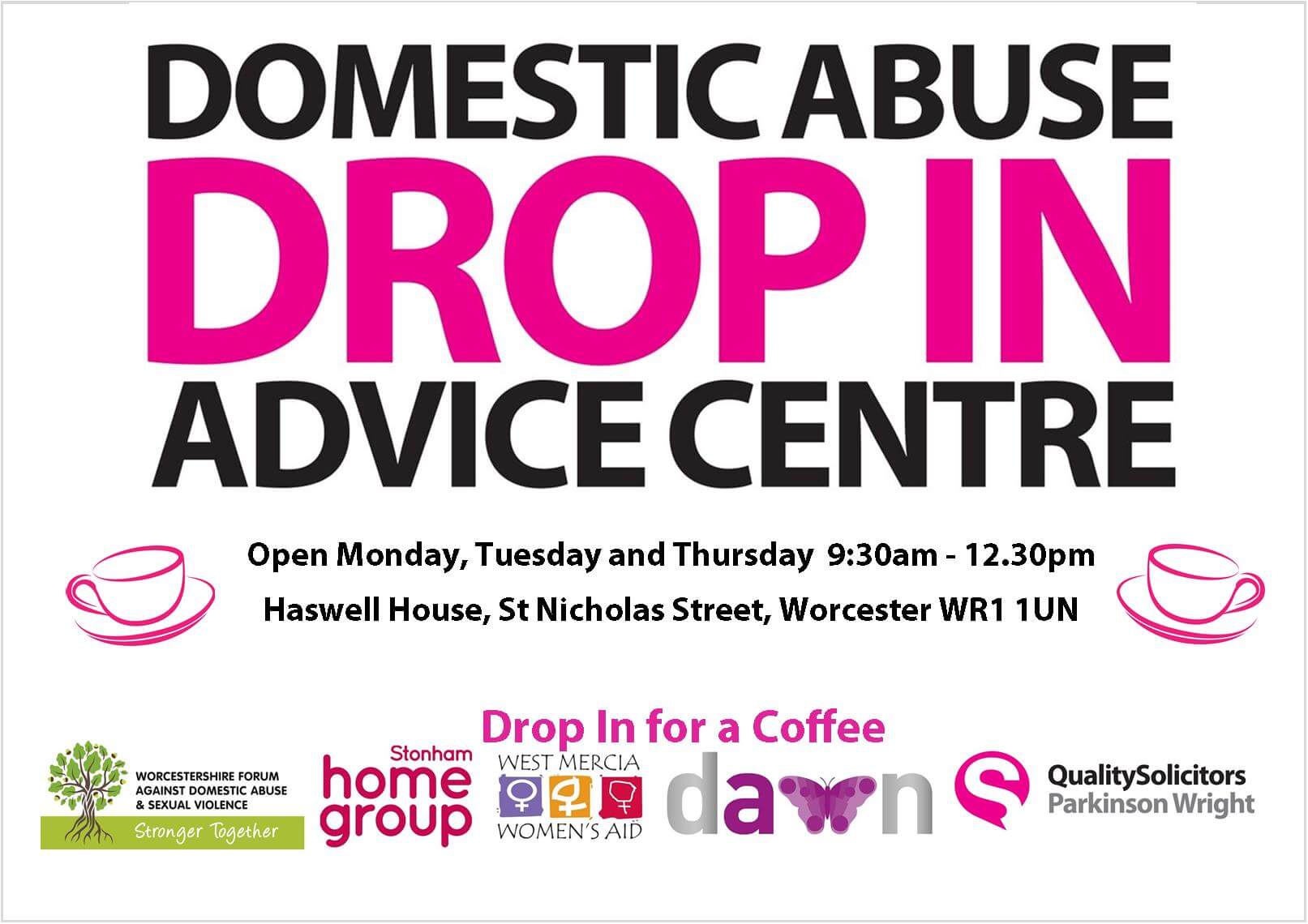 The Domestic Abuse Drop in Centre was launched on 27th November 2013 during the White Ribbon, 16 days of action campaign.  Currently, the Centre is open two mornings a week, Monday and Thursday 09:30am -12:30pm, however due to increased demand the centre will also be open on Tuesday mornings from 6th January 2015.

Men and Women have visited the centre with representatives from the Domestic Abuse organisations across Worcestershire including, West Mercia Women’s Aid, Stonham, The Dawn project and The Asha Women’s Centre for support and legal advice.

The Centre has seen over 150 victims suffering from domestic abuse in the first year of opening and the team have made over 70 successful applications to the Court in relation to childcare matters and injunctions, 15 injunctions were granted in April 2014 alone.

The domestic abuse agencies that work with us in Worcestershire have been instrumental in spreading the word that victims of domestic abuse do not have to suffer in silence and help is available.  The Drop in Centre is to help people in need and a place where they will receive not just legal advice but also emotional support.”

She has over 25 years experience in Family Law, in particular, Suzanne specialises in domestic abuse cases, emergency injunctions / non molestation orders and applications under the Protection from Harassment Act 1997.

Suzanne is well respected by the Police and professional support services for her caring and sensitive approach. If you are suffering from domestic abuse and need assistance, contact QualitySolicitors Parkinson Wright who can help, advise and protect you. You will not need to make an appointment. In an emergency situation dial 999 for Police Assistance.