Posted on February 1, 2021 by Moore and Tibbits
As the world planned to go back to normal after the Christmas break, Boris Johnson had other ideas.

Schools were closed for all children in England, with the exception of keyworker children and those who are classed as vulnerable. Gavin Williamson released his statement as to why the decision was made, and the plans for the coming weeks were rolled out

The government have since confirmed that schools will not reopen until 8 March 2021 at the earliest.

Many SEND families are reporting how their struggles are ‘amplified’ during lockdown and an overall feeling of being ‘abandoned and let down’ over lockdown provision. Some have even reported that they are being turned away from attending school as they are not regarded as ‘vulnerable’ enough. With the announcement that ‘vulnerable children’ should still be attending school, those with SEND and have an EHCP  must be permitted to attend. But what about those families already battling the EHCP system, or those for whom care provision falls just underneath this bracket – is there enough support out there for these families? An example of this is a suggestion that families with SEN children unable to go to school are ‘falling through the gaps’ in lockdown. If many of the calls we have received and the articles being published are anything to go by, it would suggest that the answer is currently no, not enough support is being offered.

Reflecting on this, it’s important to note that even during these unusual times, the council still have a duty to fulfil their responsibilities in regards to EHCP deadlines and provision. Ensuring that children get the right support and education is imperative, so if you are currently in the process of assessments for your child or confirming/ amending an EHCP… keep pushing! Don’t let the pandemic get in the way of getting your child the provision they are entitled to; we can help get you where you need to be, and offer free initial advice to many families. We have seen rumours online that some local authorities (who will remain nameless!) have suggested to families that duties under the Children and Families Act 2014, particularly under s42, have been downgraded. This happened during the first lockdown. However, this is categorically not the case now, and local authorities are under an absolute duty to secure the provision in an EHC Plan.

On another note, January 2021 was also the month that it was finally confirmed that summer exams (GCSE’s and A Levels) would be cancelled. This is a topic that has been on the minds of both students and parents/ carers for many months, so it must have come as a welcome relief to find out that a decision had finally been made. The Guardian spoke to some of the students affected and gave a small insight into how they were feeling about ‘another year wasted’ and it is interesting to read it from their point of view. Read them here. If there is one thing that is clear amongst the confusion, it is that nationwide support for children missing out on their education must be a top priority.  We must also remember that these are very uncertain and unprecedented times, that none of us ever expected or planned for. With legislation and guidance continuously changing, it’s easy to be lost in a mountain of information. If you need further advice on getting the correct provision in place for your child’s education, contact our team today for free initial advice.

As January draws to a close and with almost one month of lockdown 3.0 behind us, there are many mixed emotions on what February with unearth and entail. Let’s hope it brings us one step closer to a small sense of normality.

Overview of why the decision was made and the plans that are in place to continue education for children across the country: CLICK HERE.

Who classes as a critical worker and what does being vulnerable mean? The Department for Education, published by GOV.UK helps to clear up some of the questions parents and carers may have: READ HERE.

With everyone attempting to adapt to the new term and for those home schooling, additional resources were made available with the likes of the BBC broadcasting lessons on BBC Two and CBBC, as well as online. FIND OUT MORE.

If you have concerns about your child's education and need further guidance, our education law team offer free initial advice by calling 01926 354704 or email education@moore-tibbits.co.uk 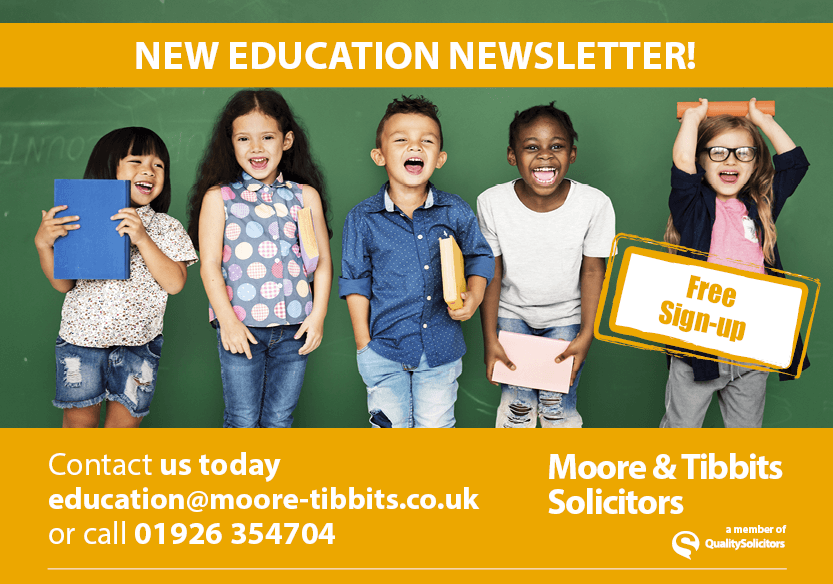