Posted on March 30, 2021
Moore & Tibbits has recently acted for a Client in a high-profile case heard by the Court of Appeal.

The Court of Appeal Hearing, that took place on 16th March 2021, involved a dispute between two gymnastics organisations – British Gymnastics Association and UK Gymnastics – over trademark infringements, passing off and ability to call themselves a “national governing body” for the sport of gymnastics. We acted for UK Gymnastics who were the original Defendants and Appellants in this dispute.

The first instance Judgment/injunction (when a predecessor firm acted for our Clients) effectively prevented our Clients (by the way it was worded) from calling themselves a national governing body despite the fact that our Clients have several thousand members in the UK and organise a number of gymnastics competitions.

Accordingly, our Clients’ Appeal was allowed against BGA’s allegations of passing off that was allegedly committed by our Clients by calling themselves a national governing body. This is, indeed, a success for our Clients, at the same time, however, it should be noted that BGA succeeded in respect of their allegations of trademark infringements.

Speaking for myself, this case was a valuable experience and I enjoyed it despite its complexity, related difficulties and, sometimes, an enormous amount of stress. Tim and I worked really hard and spent an immense amount of time on this matter – more than 300 hours! – quite often working overtime, including our weekends and holidays. 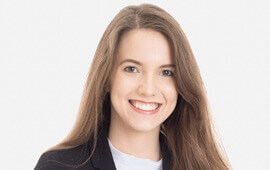 UK Gymnastics are not involved in, connected with or subject of abuse allegations relating to gymnastics.