Moore & Tibbits are delighted to have been invited to take part in the Year 11's mock interview process. 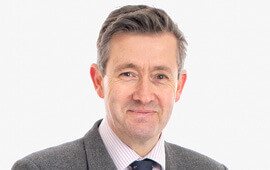 This programme offers young people an opportunity for an authentic interview with a member of the business community followed by a debrief on their performance.  The aim is to raise young people's awareness of the preparation, attitudes and skills needed to be successful in an interview and Robin Koolhoven, Head of our Commercial team is delighted to be able to be a part of this process.