What you need to know about nuptial agreements

Tech billionaire Elon Musk had a post-nup with his ex-wife and Kanye West has a pre-nup with his wife, the professional celebrity Kim Kardashian. But are nuptial agreements just for eccentric celebrities trying to stiff their spouses?

The common view of nuptial agreements, whether pre-nups or post-nups, is that they’re contracts drawn up by celebrities or the ultra-wealthy when they marry someone with far fewer assets, in order to leave their spouse high and dry in the event of a break-up. Sometimes this is true, and it’s certainly possible to quibble with the way nuptial agreements have been used by some – but it doesn’t have to be this way and, often, nuptial agreements are something else entirely.


What is a nuptial agreement?

The essence of any nuptial agreement is that it is an agreement; both sides of the couple wish for it to be binding, that they enter into it understanding what it means and without being forced to by the other person. A nuptial agreement can’t be a stitch-up because, if it is, it’s not a true agreement and the court will not enforce it. If this is kept in mind, nuptial agreements can be empowering – a couple deciding that they are able to understand and articulate what is their joint life and what is not, as well as deciding how they wish to move on if their relationship does break down. Especially in relationships entered into later on in life, people may have property which they consider entirely separate to the new adventure of marriage. In our society, relationships entered into later on in life or people having several long-term relationships during their lifetime is very normal – nuptial agreements can be a positive way that we adapt to relationships in the modern world.

How do nuptial agreements work?

Openly discussing property, finances and then coming to the nuptial agreement between spouses or fiancées doesn’t need to be impersonal, combative or lengthy. QualitySolicitors Howlett Clarke follow the principles of Collaborative Law when drafting agreements, which brings both parties and their lawyers together into a room to work together towards the same goal – an agreement which is supported by everyone and leaves no one excluded or undermined by some hidden clause. Given Collaborative Law is built on inclusion and the mutual goal of agreement, it’s very often faster and cheaper than traditional negotiation. 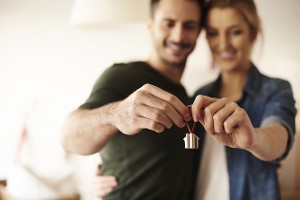 Five things to consider before signing a nuptial agreement

1. Hire an experienced and competent solicitor. It is worthwhile having the agreement checked over to ensure this is fair.

2. Both parties must have separate solicitors to avoid any conflict of interest.

3. Fully disclose your assets and liabilities:

4. Do not send any statements of your liabilities that have any personal details, such as birth dates, addresses or account numbers. Use encrypted software to send the information or put it on a flash drive with a password to protect your online security.

5. The prenuptial agreement must be signed at least 21 days before the marriage to be valid.

If you’re interested in pre- or post-nuptial agreements, our experienced family law department can offer a variety of options to suit your relationship. Contact us today to find out more on 08082747557.