Did you spend too much of your holiday at the airport?

The sun is out. The children are off school, there’s cricket on the TV and Pimms in the fridge. You’re eating barbecue food so often that you’ve forgotten how to turn on your kitchen hob. Thanks to rare hours of sunshine, your freckles are much closer together and in danger of resembling a tan. What can possibly go wrong?


Unfortunately, sunshine and the holidays don’t always go smoothly. You don’t want to worry when you should be enjoying the summer, so QualitySolicitors have prepared a series of humorous but helpful scenarios.

“At this time of year, the last thing most of us want to be worrying about is the law – but summer and holidays do throw up some interesting legal conundrums. We’ve put together a series of light-hearted scenarios illustrating potential summer legal problems.  It’s part of our effort to demystify law. We hope our stories will cause a smile or two as well as make the law a little clearer.”

Holidays are a time for relaxation and forgetting away from it all. But what happens when your flight is delayed and you’re left sitting in Heathrow wondering if you’ll ever leave? 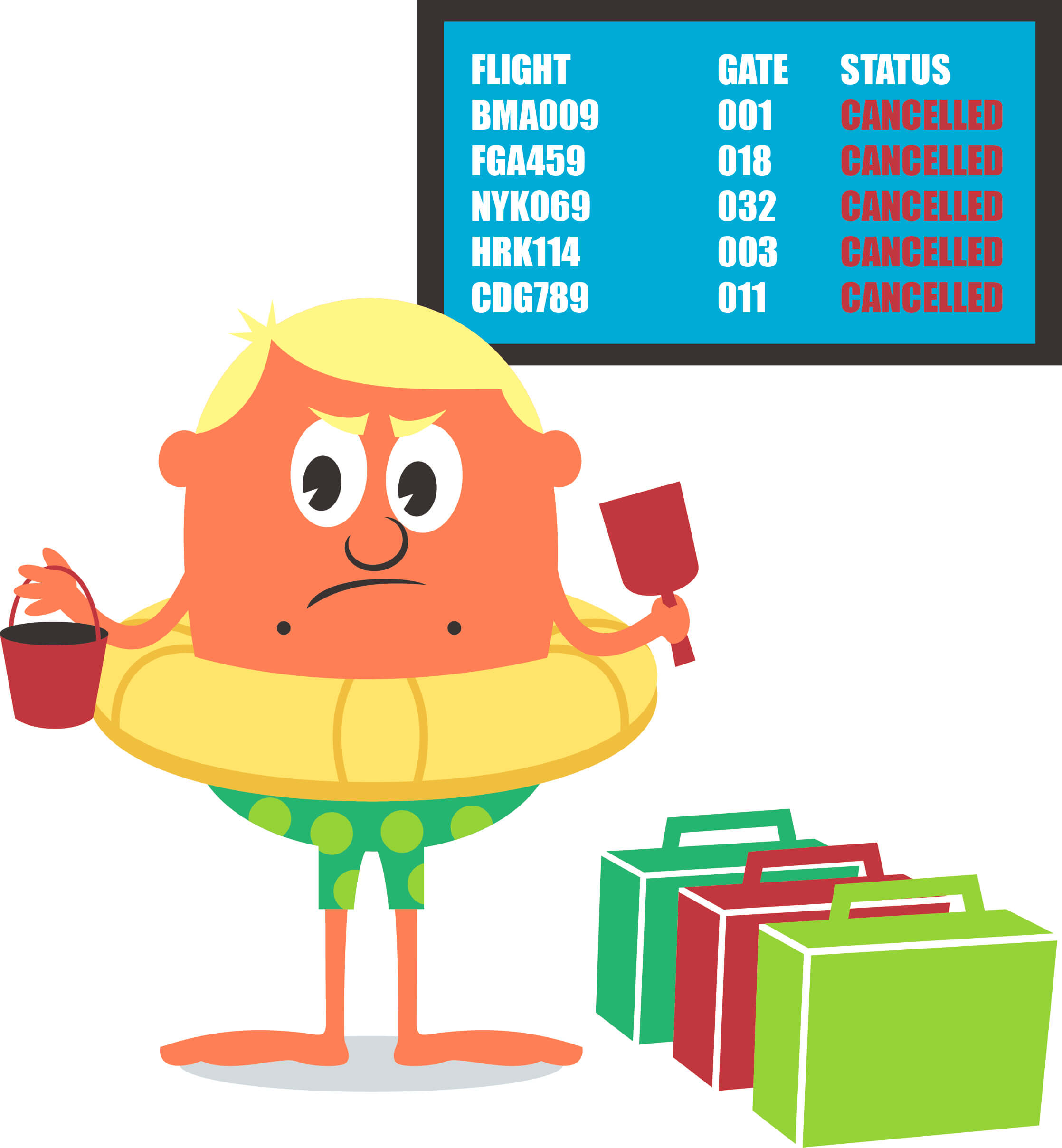 You’ve just arrived at the airport, and if your overweight baggage charge and three hyperactive screaming children aren’t enough to put your stress levels through the roof, you learn that your flight has been delayed. All you want to do is relax by the pool, soaking up the sun and sipping on an ice-cold drink, but now you’ve been told that your flight won’t even board for another 5 hours!

However, thanks to the EU Directive 261/2004, you are able to claim up to £480 in compensation for the delayed flight. This amount is dependent upon the delay length and the distance travelled on your flight. For example, if you are flying to Rome from Heathrow Airport and your flight is delayed by three hours, you could be entitled to receive the lower amount of £100 compensation. If your flight from Heathrow to Los Angeles is over four hours delayed, however, you could be entitled to receive the highest rate of compensation of £480. The only exception to the EU Directive is if the delay has been caused by an extraordinary circumstance which is out of the airline’s control.

If you have experienced a delay, the first thing you need to do (when you are back from holiday, rather than spending the whole holiday on the phone to the airline getting wound up) is to either telephone or write to the airline (or alternatively, have a member of our Dispute Resolution team, to write to the airline to submit a written complaint) explaining the problems that have occurred and that you believe that you are entitled to compensation.

The airline could still refuse to offer any form of compensation at this stage. The next best step would be to make a complaint to the relevant regulator, which, if your flight is departing from the UK, would be the UK Civil Aviation Authority.

If you still do not receive any joy from the relevant regulator, the last attempt to claim compensation that you believe that you’re entitled to is to bring a claim against the airline in your local County Court.

Of course, a lot of hassle can be reduced if before you check online before you leave home as to whether your flight is scheduled to depart on time or how long it is likely to be delayed.

QualitySolicitors are a national network of law firms with over 100 offices across the UK.  During this (hopefully) long hot summer, a series of scenarios will be posted on QualitySolicitors.com, illustrating the Law of Summer, including: