If you’re searching for solicitors in Coventry and the surrounding area, then with QualitySolicitors you can be sure of getting precisely the expert legal advice you need along with a high level of customer service too.  Just choose your nearest branch, and let us do the rest; we’re friendly, approachable, professional, and we work quickly and efficiently at all times.  Call any branch or our national freephone number 08082747557. 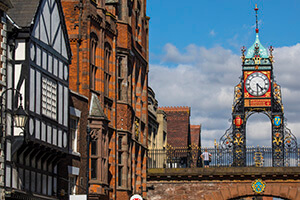 Coventry is a city in the West Midlands, England. With a population of around 360,000, Coventry is the 9th largest city in England, and the 12th largest in the UK, it’s also the most central city England. In 2017, Coventry won the UK City of Culture 2021, beating competitors Paisley, Stoke-on-Trent, Swansea and Sunderland.

Coventry is also a university city, with two universities, the Coventry University and the University of Warwick on the outskirts of the city.

During the Second World War, Coventry suffered heavy bombing from the Nazi’s leaving significant damage to the city. After the war ending, significant rebuilding was required, which resulted in further housing developments, which expanded the city.

Coventry is an important industrial centre, and was responsible for a significant amount of car production during the 1950’s and 1960’s.

With QualitySolicitors your first initial assessment is free, so you can call us without worrying about being charged for a call you might not have actually needed to make. And because we place our clients are at the heart of everything we do, we make these five customer service promises to make sure you'll feel properly looked after.

This is why, in the first instance, most people looking for legal help in relation to a 'Home And Property' call QualitySolicitors for a Free Initial Assessment over the phone before requesting our Ask the Legal Expert service; which is an introductory 45-minute face-to-face consultation for £99.

We're a countrywide network of law firms with all the expert resources needed to provide specialist legal advice on a local basis for individuals and businesses alike.

With us, you’ll always find our lawyers are friendly and approachable. That’s why we promise you that as our client, you will always be given the direct phone and email details of your lawyer – making it easy to get in touch.

Have you ever wanted to just ask a lawyer if they can help you, without worrying about what it may cost to contact them? If so, call QualitySolicitors and together we can work out what your next steps might be... in confidence, at no cost and with no obligation. At QualitySolicitors, our Free Initial Assessment promise puts you directly in touch with a local law firm who will happily talk to you for free to clarify how they can help you.

Using a solicitor doesn’t have to involve any unexpected costs. We promise to confirm the full costs you can expect before we begin any work and keep you informed throughout. And we won’t start any work until we know you’re happy with our estimate.

Need a lawyer who’ll get in touch when they say they will and not leave you in the dark? Good news – we promise to you, our clients - call or email us by 3pm, Monday to Friday and you’ll hear back from us the very same day. And if we can’t give you a full response straight away because your question needs further investigation, we’ll always let you know and give you details of exactly when we’ll next be in touch.

QualitySolicitors law firms know that when you need to meet with a solicitor, finding time during office hours can prove impractical. So we thought we’d help by offering flexible opening hours; simple!