Murders, kidnap, robberies and many more unthinkable acts; there is no end of storyline possibilities for writers and producers centred around one role in particular. The lawyer.


When it comes to the TV lawyer, there are distinctive ‘types’ that are regurgitated for entertainment purposes: from the sassy sex bomb to the no nonsense feminists, the slick ladies’ man to the podgy bumbling simpleton, and the respected middle aged old hand to devious and corrupt attorneys.

In no particular order, here are some of the famous, infamous and lesser known lawyers you may or may not have come across on TV: 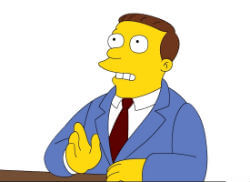 If you are a fan of the Simpsons, you might have come across this bumbling lawyer based in the fictional town of Springfield. As a lawyer, he is characterised as poor, unskilled at his profession, and happy to take on any work that pays. Apparently he got his Law degree at Princeton Law School, however the kicker is that Princeton University lacks a law school, which could very well mean he is faking his credentials. 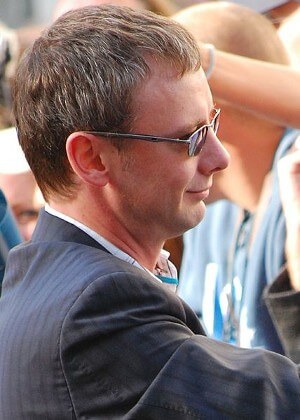 For those who watched Sky’s British black comedy / thriller Mad Dogs, Lloyd Baxter would be the nervous gentleman with glasses played by John Simm (known for his role in Life on Mars). Baxter shows his legal flair (or lack of) on the second episode of the third series, when he tries to restart his legal career in Cape Town using forged documents. Of course it ends badly, his fraud being discovered by a girl who was actually trying to help.

Peter Gould. A fast talking, flashy to the point of being trashy, over confident narcissist, Saul was so popular with viewers that the team behind Breaking Bad are giving him his own TV series, a prequel called “Better Call Saul”. Call it whichever you may, Saul may be corrupt, but he isn’t hypocritical, and is actually very good at his job (and marketing himself!).

Speaking of drug lawyers, we would be unfair not to mention Dean from the TV series Weeds played by Andy Milder. This calamity inducing, clumsy lawyer was a smaller, yet recurring character in the series, often chosen by the Botwin family and friends to represent them (sometimes successfully). 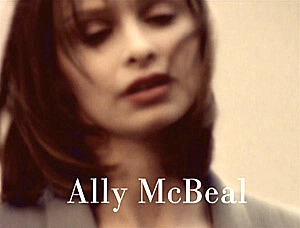 She was a scatty thirty-something who is quite partial to the odd hallucination of a dancing baby, a slight alcohol problem and a real sucker for a man who will turn out to be more trouble than one of her clients. We don’t know about you, but these are not the kind of credentials we look for in lawyers. Played by Calista Flockhart, the series is often rated on top Legal TV Series, however Ally McBeal has raised some controversies, and is often quoted as being “demeaning” to professional women. 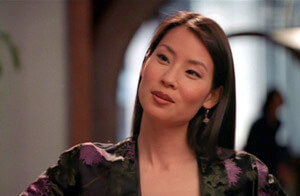 When you discuss Ally McBeal, it wouldn’t be fair to miss out the cold and ferocious female lawyer Ling Woo, played by Lucy Liu. Skin-tight pencil skirts, high stiletto shoes, shirts unbuttoned dangerously close to the cleavage and a briefcase that looks barely used. Combine these elements with a dash of lipstick and a good blow dry and you have all the makings of the sassy sex bomb lawyer embodied by Ling Woo. 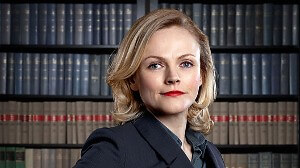 Speaking of strong female lawyers, Martha Costello, played by Maxine Peake in the British TV series Silk, is a strong character whose faith in her profession dominates her life. And unlike other professional TV lawyers, she is funny and witty, and is a credit to her profession. See Maxine speaking about her character here.

Some lawyers lose cases, right? Not the slick ladies’ man; he has more wins under his belt than Arsenal. And Perry Mason is one of the most popular legal characters on TV – so much so that he had six movies from 1934 to 1937, a daytime soap “The Edge of the Night”, a 1957-1966 CBS TV series (the most famous of the lot, the title character played by Raymond Burr), The New Perry Mason from 1973, and The Perry Mason series of TV movies made by NBC from 1985.

Perry Mason is a good example of a ladies' man lawyer, but the epitome title lies with none other than Bobby Donnell of The Practice, played by Dylan McDermott. A case winner in the courtroom and one of life’s ever so desirable men, he even crossed over into Ally McBeal's territory and played with her (already deteriorating) mental state, before dashing off after two guest episodes.

The ultimate question is whether or not lawyers in television shows are an accurate portrayal of real life practitioners. The answer: of course not! Whilst writers will strive to try and make the factual elements of a legal drama as accurate as possible, the characters are theirs to play with.

This may be somewhat frustrating to the lawyers out there who feel the integrity of their job is being compromised for entertainment purposes, but we understand that our lawyers work long, hard and tiring hours to ensure they offer the best possible service.

Whilst these television shows may not always portray lawyers in the best light, our lawyers provide consistent, excellent customer service with friendly, professional and jargon-free legal advice.